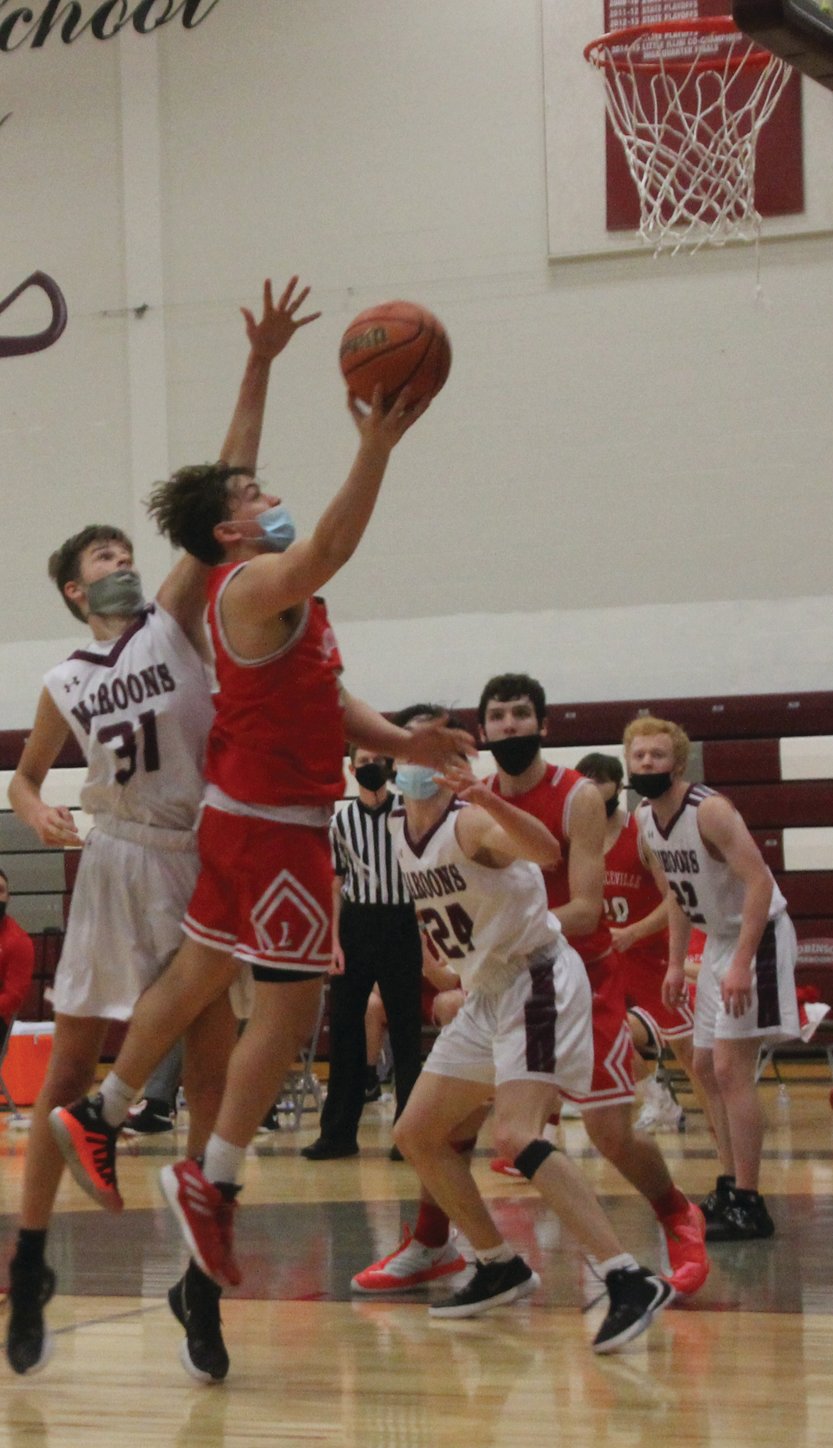 Lawrenceville's Brayden Sherman leans in for a shot during Friday's Little Illini Conference game at Robinson. Sherman netted five points for the Indians in their 49-40 loss. Josh Brown | Daily Record 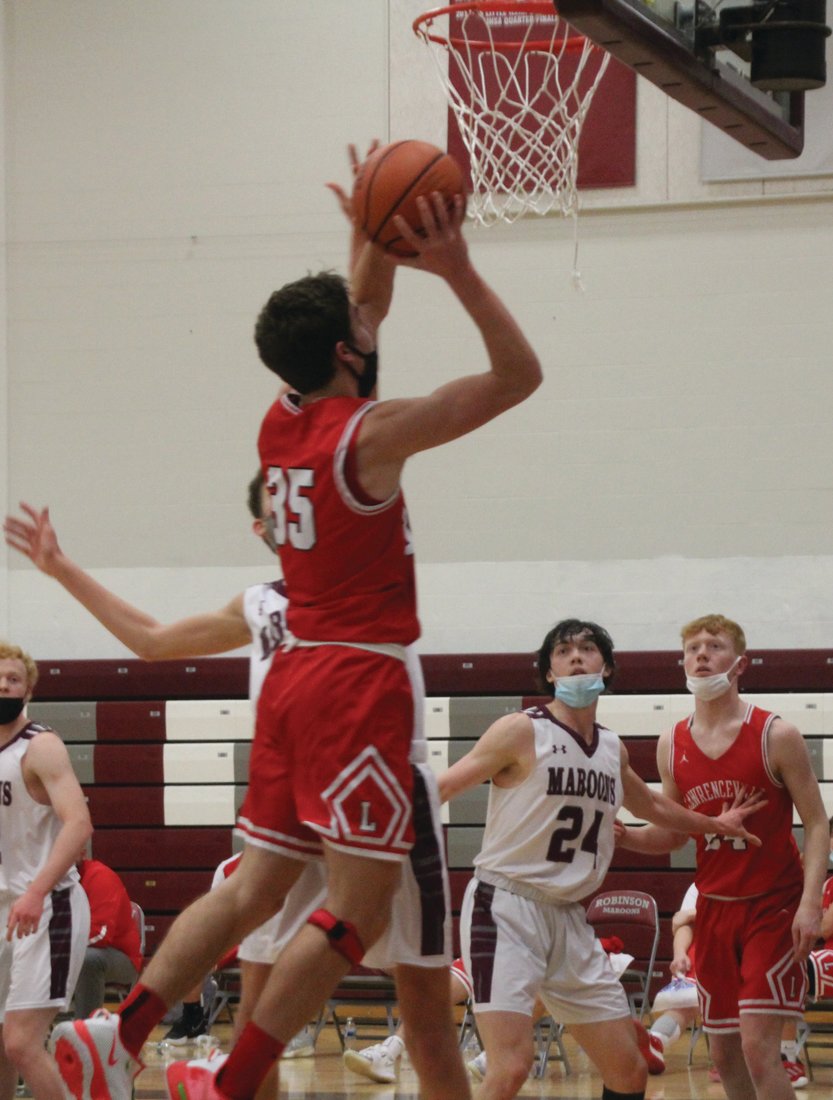 Lawrenceville's Bryant Jenkins gets inside for two of his game-high 15 points in Friday's Little Illini Conference game at Robinson. Jenkins also hauled down 14 rebounds, but the Indians lost the game, 49-40. Josh Brown | Daily Record 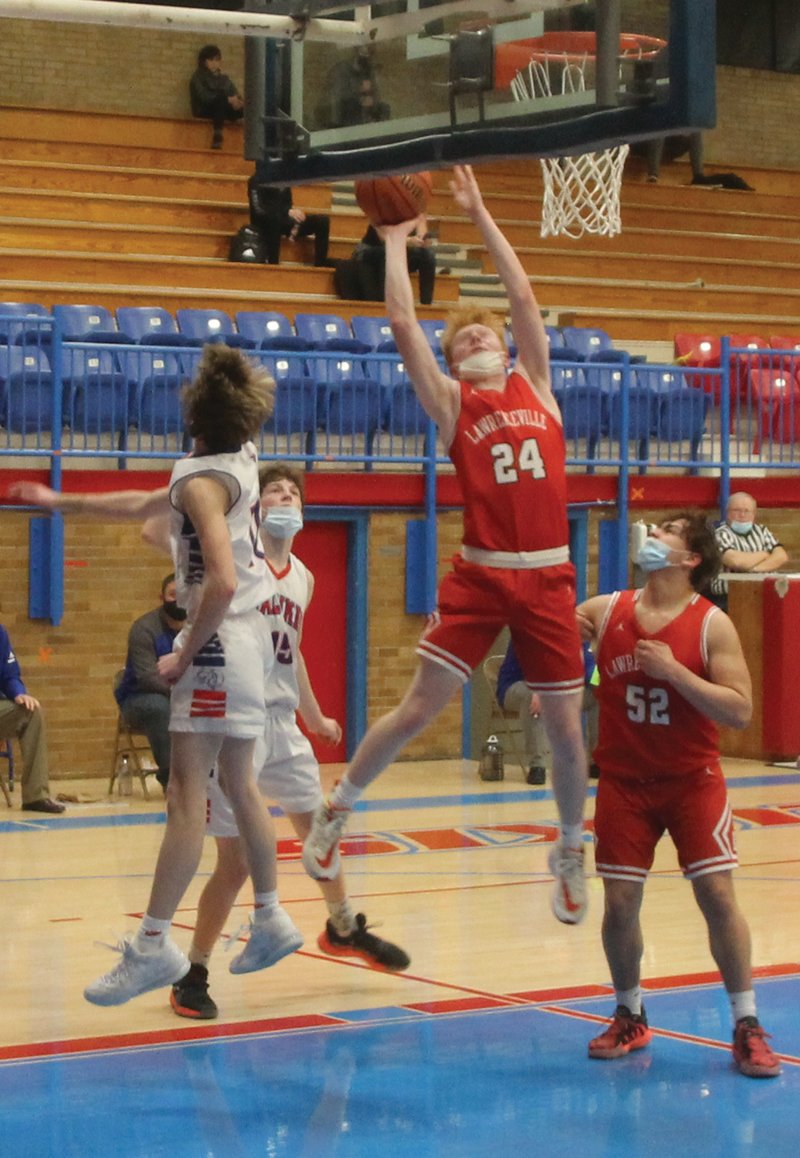 Lawrenceville's Damon Zollars (24) gets by Red Hill defenders Dawson Holtz and Andrew Maxfield on his way to the basket, while Lawrenceville's Brayden Sherman is in position to rebound during Wednesday night's county clash in Bridgeport. 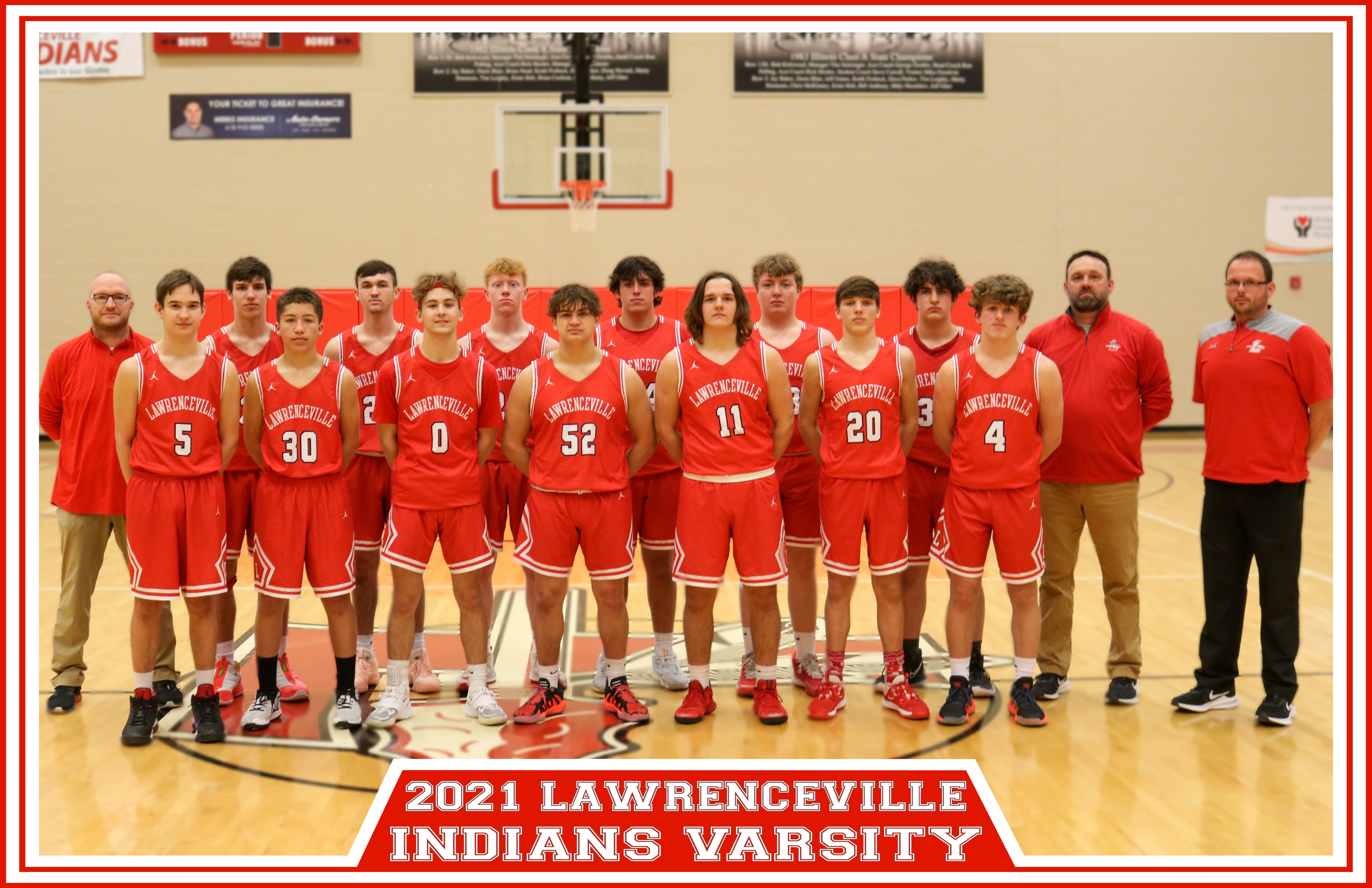 It was a rough weekend on the court for high school boys’ basketball teams in Lawrence County, as the two squads dropped all three games they were involved in.

Lawrenceville dropped its only game of the weekend, losing a Little Illini Conference contest at Robinson, 49-40.

“I’m happy with how we’re playing, but we have to find ways to win when we don’t make shots,” LHS head coach Ian Laughlin said. “I love the resolve of our guys, but we had a stretch where we dug ourselves an 8-10 point hole and we can’t do that. We have to put 32 solid minutes together.”

The Indians started strong, using a pair of three-pointers from Ethan Kelly and a basket by Brayden Sherman to build an 8-2 lead with under three minutes to play in the opening period, but Robinson scored the final eight points of the quarter to grab a 10-8 lead after the first eight minutes.

Robinson made it an 11-0 run after scoring the first three points of the second period before Leyton Ivers converted a steal into a layup to end the Indians’ near five-minute scoring drought. The Indians were able to get as close as two, 15-13, following a three-pointer by Bryant Jenkins, but Robinson ended the half with an 8-3 spurt that gave the Maroons a 23-16 advantage at halftime. Lawrenceville trailed 32-23 after three quarters at it appeared Robinson might pull away after pushing the lead to 11 early in the fourth quarter, but the Indians used a 15-6 run to get within 40-38 with 3:58 remaining.

Unfortunately, the Indians would only score one basket the rest of the way, while Robinson answered the LHS run with a 9-0 run to put the game away.

In the fresh-soph game, Patterson led LHS with 19 points, while Hardiman scored nine.

Indians pull away from Salukis for first win

County rivalry games are generally close regardless of the records or quality of teams and that was the case Wednesday night – for a half.

Lawrence County rivals Lawrenceville and Red Hill squared off in their annual meeting on the hardwood and the game was tight through the first two quarters. However, the Indians were able to put some distance between themselves and the Salukis in the third quarter and pulled away for a 53-35 victory, which was also the first victory for first-year LHS head coach Ian Laughlin.

“We have been so close, so it was good to finally get a win,” Laughlin said. “For me, this was just another game and I was trying to help our team win. But, I also know for our kids and our parents, that they feel great about being able to beat Red Hill.”

Lawrenceville jumped out of the gates quickly, building a 6-1 lead in the first few minutes, but Red Hill responded and was able to tie the game at 9-9 by the end of the first period.

The teams continued to basically trade baskets throughout the second period and the score remained tied at 17-17 at halftime.

However, Lawrenceville fired out of the blocks again to start the third quarter, scoring eight of the first 10 points as part of a 13-4 run that gave the Indians a 30-21 lead with 2:47 left in the period. After Red Hill pulled to within five, Lawrenceville ripped off the final seven points of the period to take a 37-25 advantage into the fourth quarter.

The Indians continued to pull away in the fourth quarter, leading by as many as 20 with just under three minutes to play before settling for the 18-point win.

“We’ve guarded real well most of the year, but we turned up our defensive intensity in the second half,” Laughlin said. “Then, we started sharing the ball and hitting shots on the offensive end, which helped. Overall, it was a good team effort by our guys. I have been thrilled with how they’ve played all year and that continued tonight.”

One was at home and the other was on the road, but the results were the same for Lawrence County’s two high school boys’ basketball teams Tuesday.

Both local squads remained winless in Little Illini Conference play, as Lawrenceville lost at home to Newton (48-41) and Red Hill fell on the road at Paris (45-35).

At Lawrenceville, the score was tied 14-14 after one quarter, but Newton outscored LHS 16-7 in the second period to take a 30-21 lead at halftime. The Indians trimmed the deficit to 37-29 by the end of the third quarter and also outscored Newton 12-11 in the fourth quarter, but it was not quite enough.

Ethan Kelly led LHS with 12 points and was the only player in double figures for the Indians. Leyton Ivers was next with eight points, while Brenyn Winningham tossed in seven, Bryant Jenkins scored six, Hunter Scott netted five and Brayden Sherman added three.

LOUISVILLE –– Game two was much better than game one for Lawrenceville High School’s boys’ basketball team, but unfortunately for the Indians, it still did not end with a win.

The Indians played much better than they did in a season-opening defeat at Teutopolis Feb. 6, but still came away with a 54-47 loss at Louisville-North Clay Saturday.

Lawrenceville held a slim 13-12 edge after one quarter of play, but North Clay forged ahead 24-21 at halftime. The Indians saw their deficit increase to 39-33 after three quarters, then North Clay won the fourth quarter 15-14 to secure the win.

Hunter Scott led LHS with 17 points, including a trio of three-pointers, but was the only player in double figures for the Indians. Damon Zollars was next with eight points, Brenyn Winningham tossed in seven, Ethan Kelly scored five, Brayden Sherman and Ryan Schultz each netted four and Bryant Jenkins added two.

Logan Fleener led North Clay with 20 points, while Ethan Bible was also in double figures with 10.

Lawrenceville did win the junior varsity game, however, 52-51. The Indians trailed by seven at halftime and five after three quarters, but outscored North Clay 17-11 in the final period to pull out the win.

TEUTOPOLIS — The season got off to a bit of a rough start for Lawrenceville High School’s boys’ basketball team Saturday, as they were beaten at Teutopolis, 76-31, in their first game under new head coach Ian Laughlin.

The Indians fell behind early and never recovered, as they found themselves down 22-13 after one quarter, 41-22 at halftime and 61-27 after three quarters. Despite a continuous clock in the fourth quarter due to the IHSA’s 30-point mercy rule, Lawrenceville was still outscored 15-4 to reach the final margin.

Hunter Scott was the lone player in double figures for the Indians with 10 points, while Damon Zollars was next with eight points. Brenyn Winningham tossed in five points; Leyton Ivers and Bryant Jenkins netted three points apiece; and Ryan Schultz scored two.

Evan Wermert led Teutopolis with 21 points, while Matthew Deters was also in double figures with 13. 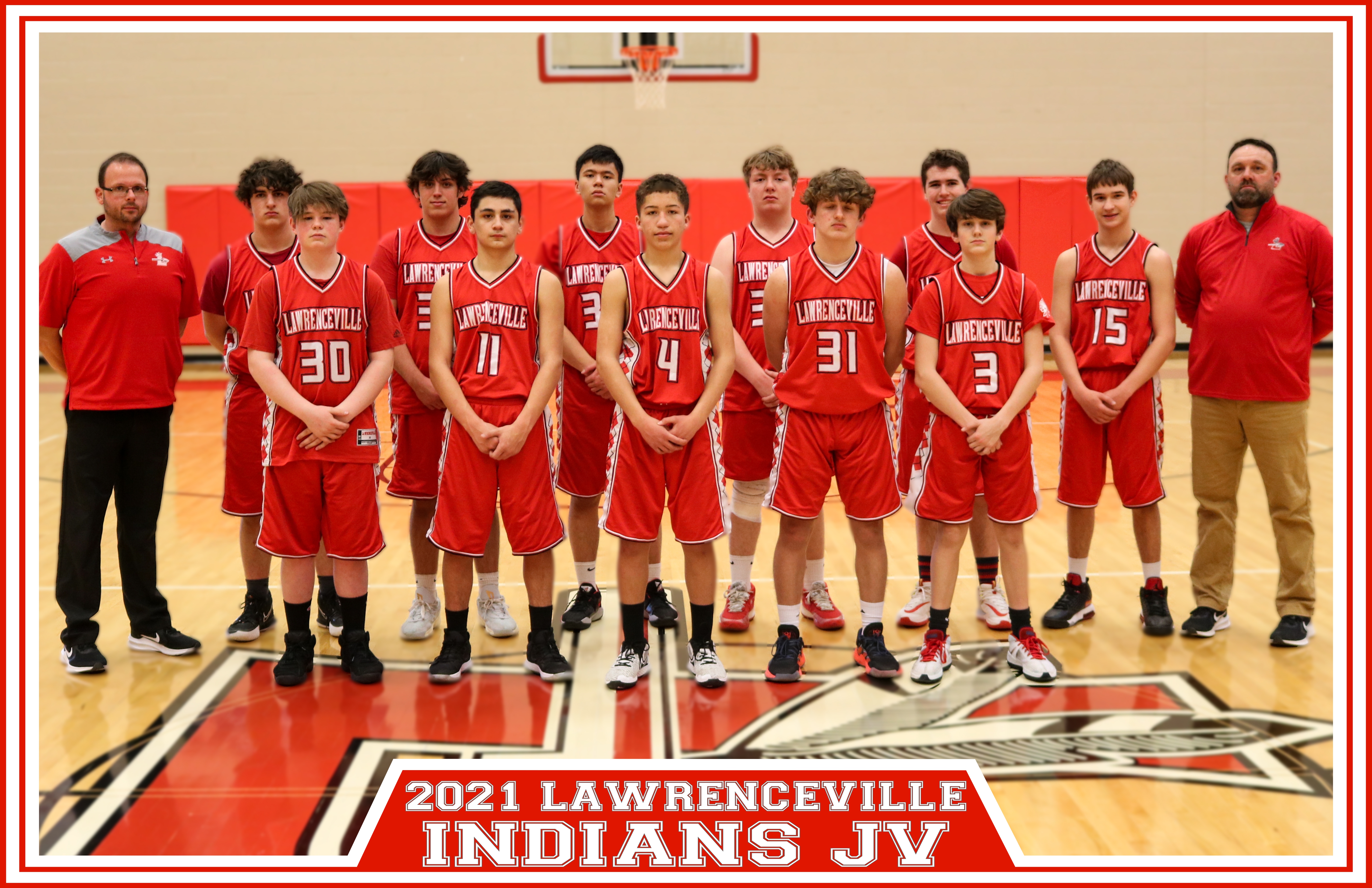